I read about the new World Explorer from Yahoo today on O’Reilly Radar, and I decided to take a quick look at the map for Portland. A few interesting things turned up when I moused over some of the main tags to see the related tags.

I also noticed that going back to the map after closing my browser yielded slightly different results. I encourage you to have a look. It provided me with a few minutes of amusement anyway. 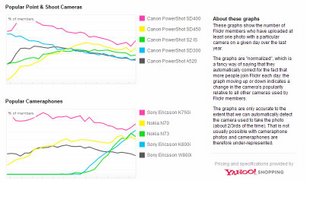 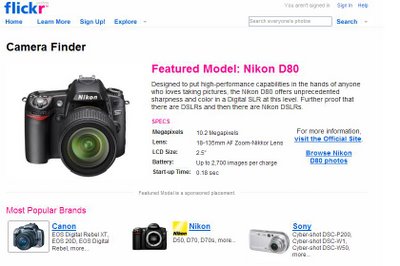 I just received my Flickr MiniCards from Moo. They are very small (hence the mini part), so I’m not quite sure how I will use them, but they are definitely cool. 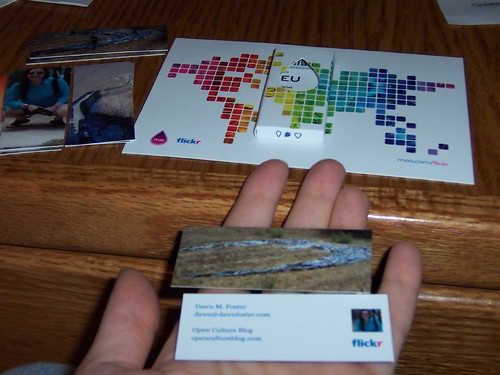 Ever wanted to easily hand out a few Flickr images? Moo has a service that prints your Flickr pictures on one side of a 28mm x 70mm card (about half the size of a standard business card) and contact information or any other text on the other side. As an added bonus to Flickr Pro users, you can get a free 10 pack of cards if you are one of the first 10,000 people to request a set. Others can order the 100 pack for $19.99.

I found out about this service on TechCrunch where many people leaving comments were getting a bit too hung up on whether or not people would use them as business cards. I tend to agree with some of the comments. Most professionals would not use these as business cards with the exception of a few artistic professions; however, looking outside of the business card box, I can think of several creative ways to use these cards.

In an ambitious reinvention, that will address both form and function, MOO will take the business card back to its roots as a sophisticated social tool for non-business use and will introduce a new, advanced generation of calling card for the networked, mobile and social young communities of today. If you’re reading this, that’s you.” (Quote from Moo.com)