Despite being exhausted after two late nights of Werewolf (thank you to the kind werewolf who killed me off so I could go to bed last night), this has been a great morning of talks with a number of interesting themes. 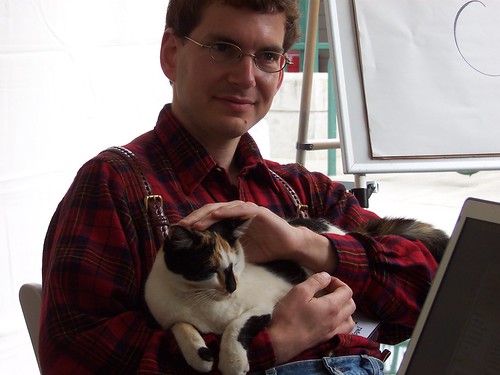 Geir Magnusson led a discussion about Web 2.0: Fact or Fiction starting with the caveat that he really didn’t know much about web 2.0, so he was hoping to learn from the group discussion. We talked about the definition of web 2.0 as a new method of using data: collective intelligence / user created content along with combining existing data in new ways (mashups). It was such a great discussion that I did not

Danny O’Brien talked about Cat Poop vs. Blogging related back to brain infections (you had to be there), and he even recruited a little help for the session. 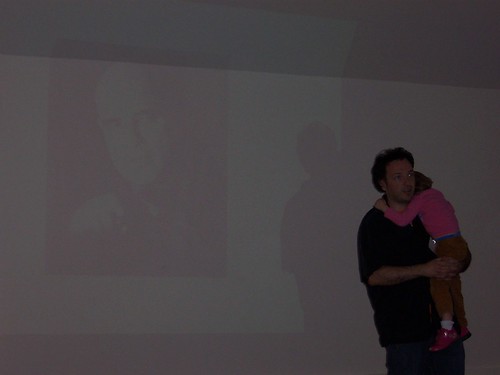